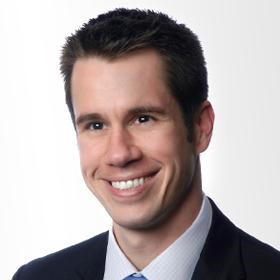 Dan is deeply knowledgeable on arbitration law and has become the Firm’s expert regarding arbitration agreements.  He has arbitrated numerous cases before multiple forums (like the AAA and JAMS) and is well versed in the applicable rules and procedures, which gives him an advantage over litigators who infrequently venture into arbitration.

He regularly advises clients regarding arbitration agreements and has litigated the enforceability of arbitration agreements, and class action waivers contained within them, in federal and state courts and courts of appeals.  In fact, in 2017, Mr. O’Donnell joined the Washington University in St. Louis School of Law as an Adjunct Professor to teach its course on Arbitration Theory & Practice.

Prior to joining the Firm, Dan worked at national labor and employment firm representing employers in a wide variety of areas including the enforcement and defense of non-competition agreements and protection of trade secrets; defense of discrimination, harassment, and retaliation claims; and defense of wage and hour claims.  Prior to that, he worked at a St. Louis firm handling bet-the-company litigation in a variety of areas.